"Better to be hated by a corrupt world than submit to it."

I've  always wanted to build and shape reality, my soft inner city life made it all look so easy, I took on loans and guidance into formal education. I even took the opportunity of implanting cybernetic implants that would protect from harm during construction work as I liked hands-on work. With a good education I'd get a good career and the loan would be paid before long.

The result never happened. It was a fanciful illusion, they never told me the other price I'd have to pay once I actually started work. They wanted me to submit my work to a barrage of regulations, controls and restrictions of what was acceptable to build that stifled innovation. It was only then that I discovered the world outside of the inner city.

I made it to the slums, but the only real work is for big corps that are just as corrupt as the state. I don't walk out on a deal so I'll clear my debts, but I wont work in the system any more.

Cerberus - "Today we have our next exclusive Nightlancer interview."

Mongoose - "That's right, this time we have the Engineer - also known as Ward."

Mongoose - "Welcome! Great to have you here! So tell us, what got you into the Nightlancer life?"

Cerberus - "How does that work?"

Ward - "Some people made a lot of promises, sold me education as an architect on them, then refused to take responsibility when they didn't follow through. That's fraud."

Mongoose - "So who were they?"

Ward - "That would be the ivory tower. They promised a reward for the education I went into debt for, then the reward never happened. So now I need to get my freedom back in my own way."

Cerberus - "So you took loans to pay for education and it didn't give you the opportunities you were told it would?"

Ward - "That's right. They broke their side of the deal."

Mongoose - "Never seen anyone come out of uni that had a clue what the real world was like."

Cerberus - "Yeah, I've been on the inside of that deal. They're very selective about the news they let in or the people they let visit."

Mongoose - "How the hell do you not find out about that stuff? It's like, all around you, all the time."

Cerberus - "I'm pretty sure they filter the 'net and, well, if you don't know what to look for it's hard to come across it."

Ward - "Something like that, yes. So they got me deep in debt, broke their deal. Now they basically have me in indentured servitude."

Mongoose - "So you're a Nightlancer to pay your way out of it?"

Ward - "Exactly. It's my life to live, I'm not having anyone else signing it away."

Cerberus - "So how exactly do you cut it in the Nightlancer life if you're a wimpy architect?" Mongoose whispers - "For anyone who hasn't seen him, Ward is like 2 meters tall and fitted with an exoskeleton…"

Ward - "I like hands-on work. I create a building from the ground up, from planning to roofing. Beside the physical skill and fitness needed for construction work, the construction exoskeleton offers significant protection."

Cerberus - "Hah. You seem really impassive about all this, you didn't even blink when I taunted you."

Ward - "I only have contempt for things like cowardice, theft and stupidity. I stop it if it really affects me. Beyond that, caring about it is a waste of my time."

Mongoose - "I think he just called you stupid…"

Cerberus - "Well I did call him a wimp."

Ward - "You overestimate how much that mattered."

Mongoose - "Cool to meet you Ward, thanks for coming to talk to us." 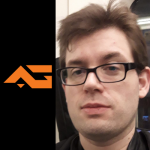